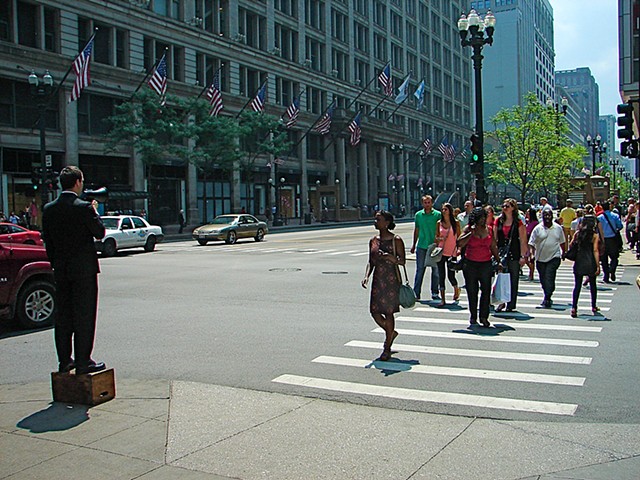 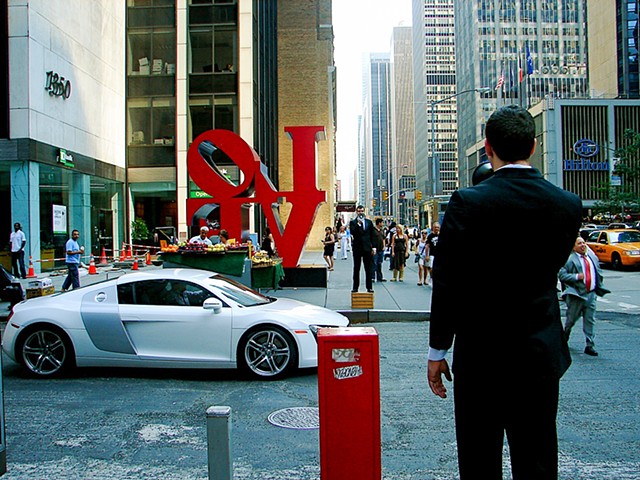 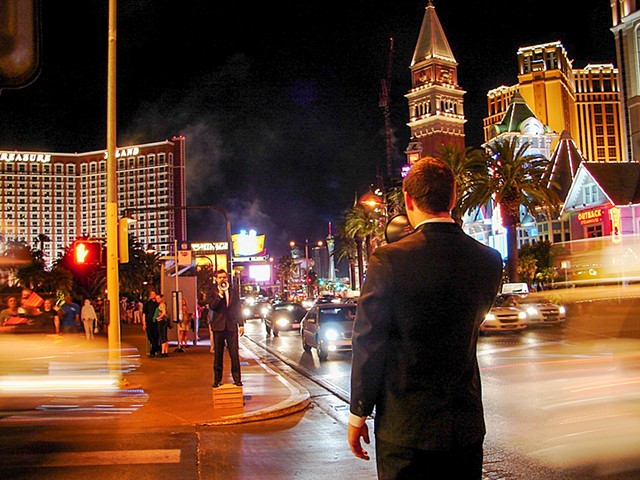 The project involves a series of unannounced public performances on city streets that features two performers positioned on opposite sides of a crosswalk, directing passersby using bullhorns with verbal commands of “Believe” and “Don’t.” Twin brothers, each perched on a wood box and dressed in a simple black suit and tie, volley continuously until the light changes and the “Do Not Walk” signal appears. The two performers cross the street to the opposite side and position themselves to repeat the action, reversing the verbal command each has uttered previously. The performance moves to different intersections in each selected city.

The project was first conceived and performed in 2007 in Champaign, Illinois, and was reenacted in Chicago, New York, and Las Vegas in 2010. Artists Alan and Michael Fleming performed, and served as my collaborators for the project.